The United States Department of State and the US’s millionaire secretary of state, Rex Tillerson (former CEO of American multinational oil corporation Exxon Mobil) are celebrating what they pulled off after engineering the so-called “Lima Group of States” (inclusive of the Caricom states of St Lucia and Guyana) into issuing an international declaration that attacks and vilifies the socialist Government of the Bolivarian Republic of Venezuela, as well as the success of Tillerson’s recent diplomatic effort to enlist Prime Minister Andrew Holness and the Government of Jamaica in the USA’s ongoing crusade against Venezuela. END_OF_DOCUMENT_TOKEN_TO_BE_REPLACED 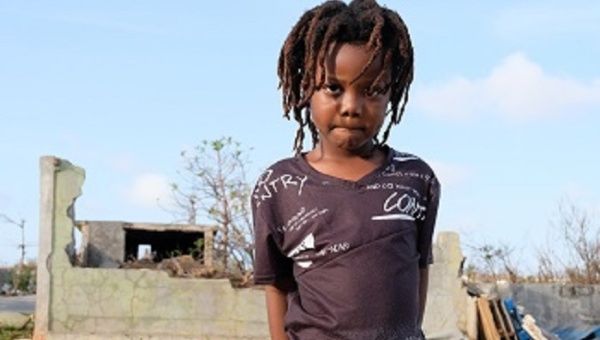 Over 35 percent of Dominica’s children are without educational activities.

END_OF_DOCUMENT_TOKEN_TO_BE_REPLACED

Venezuela sees Caricom as an important friend and partner and meditation would be of mutual trust, respect for democratic principles and rule of law.”

The minister stated that Caricom believes mediation could be integral to ushering Venezuela to a solution for the ongoing agitation. “Venezuela sees Caricom as an important friend and partner and Caricom’s possible participation in a mediated solution would be on the basis of mutual trust, respect for democratic principles and for the rule of law,” she explained.

END_OF_DOCUMENT_TOKEN_TO_BE_REPLACED

More than 255 Cubans are currently working in Jamaica’s essential sectors – including health and education.

RELATED:
500 Ex-FARC Rebels and 500 Colombian Victims to Get Medical Scholarships to Study in Cuba

END_OF_DOCUMENT_TOKEN_TO_BE_REPLACED

In the U.S. Congress, there is still strong opposition to any easing of the isolating embargo against anti-imperialist Cuba.

A bipartisan group of United States Senators reintroduced legislation on Thursday which would repeal all remaining existing restrictions on travel to revolutionary Cuba, including for tourism which is banned under current law, Reuters reported.

END_OF_DOCUMENT_TOKEN_TO_BE_REPLACED

Since March 30, students at the University of Puerto Rico in San Juan have been on an indefinite strike against a proposed three-year US$450 million budget cut imposed by the U.S. government via the Fiscal Control Board.

A group of 26 student representatives of the University of Puerto Rico met on Wednesday afternoon with the head of the U.S.-imposed Fiscal Control Board and the university’s management in a bid to find a solution to the conflict over budget cuts in higher education.

Under strong police watch, they debated the rise of university fees and measures meant to guarantee that striking students will not face punishment because of their mobilization.

The U.S.-appointed economic board is overseeing the restructuring of Puerto Rico’s US$70 billion debt owed to wealthy foreign investors. Along with cuts to public education, the board has also proposed to cut health care and housing funds.

END_OF_DOCUMENT_TOKEN_TO_BE_REPLACED

The island nation will use its own drug developed by top scientists in the Caribbean nation to improve the quality of life of patients.

Cuba will conduct a clinical trial with a drug developed in the island to work toward a more effective treatment for Alzheimer’s patients, another leading science breakthrough for the socialist nation, local media reported Monday.

The drug NeuroEpo was developed by scientific institutions in Cuba, and its tests are expected to reduce the signs and side effects of the disease and improve patients’ quality of life.

The Center for Molecular Immunology in Havana will begin to apply the medicine to patients in the early stages of Alzheimer’s disease, according to research specialists cited by Granma.