Havana, Nov 29 (Prensa Latina) South African President Jacob Zuma stated during the cultural-political ceremony in a posthumous tribute to the leader of the Cuban Revolution, Fidel Castro, that his death is a painful loss for all Africans.

The people and government of my country learnt with sadness the death of one of the great revolutionaries of these times and one of the greatest heroes of history, he added.

Zuma acknowledged the important role played by the Cuban Revolution and Fidel in fighting and ending the apartheid regime in South Africa.

We join the progressive forces of the whole world to mourn and celebrate the life of this recognized internationalist and anti-imperialist man, he said, who unselfishly supported the struggle of the oppressed and the exploited.

The president also recalled that the special and deep relationship between Cuba and South Africa was cemented with the blood of the heroic Cubans, who paid the supreme sacrifice due to their conviction in anti-imperialism, freedom and justice.

The soldiers sent by Fidel did not go to Africa to look for gold, diamond or oil, he said. The Cubans only wanted to see freedom and the end of the use of our land as a playing field for powerful nations, while the peoples suffered.

I remember Fidel as a great fighter for poor people.

Havana, Nov 29 (Prensa Latina) Zimbabwean President, Robert Mugabe, has thanked the historical leader of the Cuban Revolution, Fidel Castro, for the contributions he made to his country and the African people.

END_OF_DOCUMENT_TOKEN_TO_BE_REPLACED

Fidel’s death has rendered tributes from all corners of the world.

We pay the highest tribute to Fidel for leading the revolutionary struggles of his people and achieving great victories in upholding national sovereignty and independence.

END_OF_DOCUMENT_TOKEN_TO_BE_REPLACED 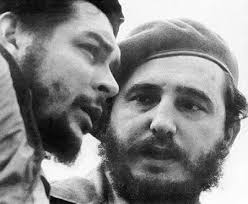 Fidel’s genius was his ability to meet the need for tactical steps, responding to the day’s urgencies, without losing sight of the strategic direction.

It could have been the armed struggle, terrorism, assassination or the serious illness which, at his own admission, nearly killed him in 2006; but in the end Fidel Castro lived through it all to die in peace.

END_OF_DOCUMENT_TOKEN_TO_BE_REPLACED

Tens of thousands of Cubans, some wrapped in red, white and blue national flags, paid final respects in Havana on Monday to Fidel Castro, who led a leftist revolution, ruled for half a century and resisted the United States throughout the Cold War.

END_OF_DOCUMENT_TOKEN_TO_BE_REPLACED

Several countries rebuked the U.S. president-elect over his insensitive and inaccurate statement on Fidel Castro after his death.

Several leaders have slammed U.S. President-elect Donald Trump over his hostile statements on the death of Cuban revolutionary and leader Fidel Castro, with the most pointed critique coming from Ecuadorean President Rafael Correa who called Trump “ignorant.”

END_OF_DOCUMENT_TOKEN_TO_BE_REPLACED

United Nations, Nov 28 (Prensa Latina) Former US Attorney General Ramsey Clark said today that for his greatness, historic leader of the Cuban Revolution Fidel Castro, who died on Friday at 90 years, will be missed in the world.

END_OF_DOCUMENT_TOKEN_TO_BE_REPLACED

It was with deep sorrow and regret that the Cuban people learned of the passing of Comandante en Jefe Fidel Castro Ruz. Granma shares some reactions to the news. His death was met with tributes and moments of reflection by the Cuban people, who neither want, nor are ready, to say farewell, choosing instead to salute the global leader with a “Hasta siempre, Fidel.”.