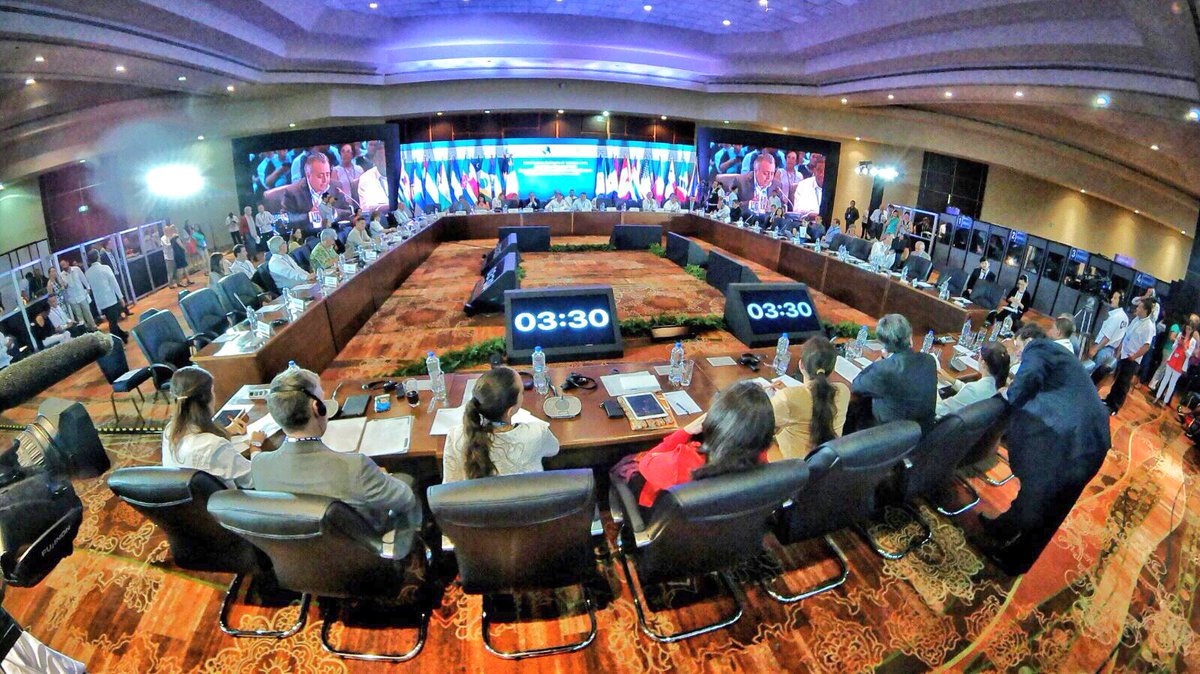 (P L) The 47th OAS General Assembly, which concludes today in Cancún, has gone from interference to irrelevance in attempts to pass a resolution against Venezuela, the editorial of the Mexican daily La Jornada says today.
The report says that everything indicates that the attempt led by the United States and Mexico, along with other Latin American countries will fail, to impose a resolution in which they request to annul the call to a Constituent Assembly, ‘among other interfering demands’ to the government of President Nicolas Mature.
Such illegitimate efforts indicate that the aforementioned nations, as well as the OAS Secretary General, the Uruguayan Luis Almagro, have decided to sacrifice the principles of international legality and the viability of the Pan American organization itself, underlined the editorial.