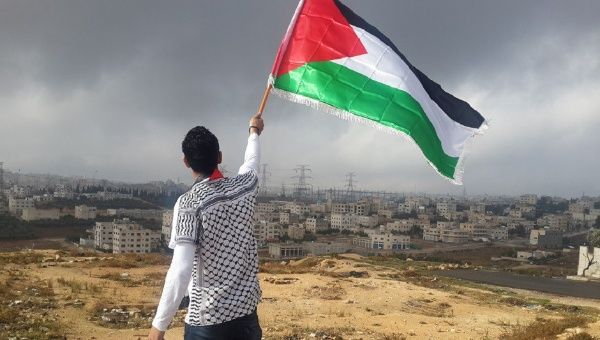 “We believe we have a plan that is fair, realistic and implementable that will enable people to live better lives,” a Trump administration official said on Sunday.

U.S. President Donald Trump’s “Deal of the Century” to resolve the Arab-Israeli conflict will be absent of a Palestinian state, the Washington Post reported on Sunday.

Bolivian Lawmakers Ask for US Intervention in a Letter to Trump

The Washington Post article said Trump’s deal promises to improve the lives of Palestinians, but will not recognize a fully sovereign Palestinian state.

This peace deal is expected to be rolled out some time in late Spring or early Summer, which is two years after Trump and his son-in-law Jared Kushner announced that they had established a plan to resolve the Arab-Israeli conflict.

The Washington Post article contends that the Trump peace deal will focus primarily on Israel’s security interests and less on Arab territorial concerns.

“We believe we have a plan that is fair, realistic and implementable that will enable people to live better lives,” a senior White House official said on Friday, as quoted by Israel’s Arutz Sheva. “We looked at past efforts and solicited ideas from both sides and partners in the region with the recognition that what has been tried in the past has not worked. Thus, we have taken an unconventional approach founded on not hiding from reality, but instead speaking truth.”

END_OF_DOCUMENT_TOKEN_TO_BE_REPLACED 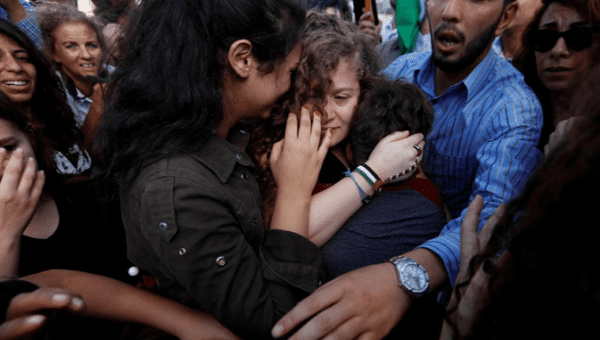 The younger brother of Palestinian activist Ahed Tamimi was arrested Monday at the family’s West Bank home, according to his family.

RELATED:
Netanyahu: ‘Moving to Next Stage’ to Annex Palestinian Lands

The young activist broke his arm over the weekend as he fled tear gas flares launched by Israeli security forces during protests in his village of Nabi Salih, said the father, who suspected his son was taken in for throwing stones at Israeli soldiers.

END_OF_DOCUMENT_TOKEN_TO_BE_REPLACED

Ramallah, Feb 18 (Prensa Latina) Palestinian activists from Jerusalem called Monday to protest at the Gate of Mercy, one of the entrances to the Al-Aqsa Mosque, Islam”s third holiest place.
Activists called for demonstrations through their social media, one day after Israeli police forces closed the door with iron chains.

Islamic Endowment and Al-Aqsa Affairs Department chief Azzam al-Khatib reported that calls have already been made between the Jordanian government and Israeli authorities to demand removal of the locks.

END_OF_DOCUMENT_TOKEN_TO_BE_REPLACED 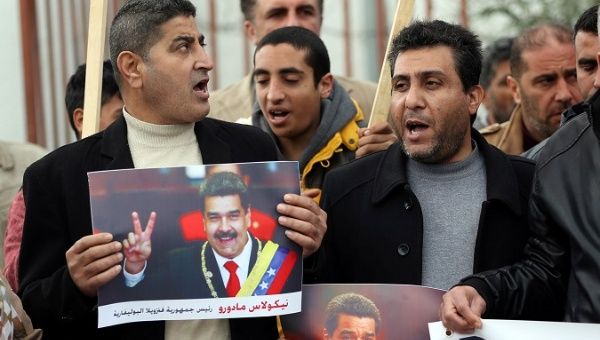 Gazans hold a rally in Gaza City against the attempted coup on Venezuelan President Nicolas Maduro and expressed their support for him.

A large of number of Palestinians in the besieged Gaza Strip rallied Monday in support of Venezuelan President Nicolas Maduro who is facing an attempted coup supported by the United States.

Venezuelan President Maduro: All of Europe Kneeling at Trump’s Feet

The rally held outside of the United Nation’s office in the Gaza Strip was organized by the Democratic Front of the Liberation of Palestine (DFLP).

“Greetings from the revolutionaries … to the symbol of freedom,” were the kinds of slogans raised by the occupied population.

DFLP member, Talal Abu Zarifa, said, “We declare our full solidarity with Venezuela and its government under the leadership of the democratically-elected Maduro. We salute the Venezuelan people’s willingness to defend their national dignity against the [foreign] hostility that endangers their future.”

Zarifa also expressed admiration for the Venezuelan people for “rejecting U.S. interference in their internal affairs.”

END_OF_DOCUMENT_TOKEN_TO_BE_REPLACED

United Nations, Jan (P L) Palestine representative to the UN, Riad Mansur, asked the Security Council Tuesday to support the request of his nation to enter as a full member of the multilateral organization.
He stressed that this would be of great importance in restoring the confidence and hope of the Palestinian people in their search for peace.

But this peace cannot be achieved by ignoring international law and human rights, as the Government of Israel does in the Occupied Palestinian Territory, he stressed.

We started the year with hope, he added, despite the fact that in 2018 we experienced situations of enormous suffering and human loss, while the occupation of Israel became more extreme and increased the repression against Palestinian civilians.

END_OF_DOCUMENT_TOKEN_TO_BE_REPLACED

Ramallah, Nov 29 (Prensa Latina) The Palestinian Government has urged the international community on Thursday to work hard to implement resolutions demanding an end to the Israeli occupation and allowing the Palestinian people to regain all their legitimate rights.
The Palestinian Authority declared this in a statement on the International Day of Solidarity with the Palestinian People, celebrated this Thursday.

END_OF_DOCUMENT_TOKEN_TO_BE_REPLACED

Ramallah, Oct 30 (Prensa Latina) The leader of the Palestine Liberation Organization (PLO), Saeb Erekat, on Tuesday condemned the announcement made by Brazilian President-elect Jair Bolsonaro about his intention to recognize Jerusalem as the capital of Israel.
The secretary-general of the PLO Executive Committee noted that the organization will make every effort to prevent this from happening, in cooperation with the Arab brothers and friends in Latin America and the Caribbean.

Erekat charged that the election of the extreme right-wing candidate in Brazil is part of a project by US President Donald Trump.

END_OF_DOCUMENT_TOKEN_TO_BE_REPLACED

The main reason for violence in Gaza and the West Bank occupied by Israel is in the Israeli politics, the Palestinian presidency said today, rejecting U.S. accusations about this issue. END_OF_DOCUMENT_TOKEN_TO_BE_REPLACED

The recently concluded Congress was held as a prelude to the seventh National Congress, which will take place in April in Lebanon.

With a greeting to all progressive and left forces of the Americas, and after two days of work, the Regional Congress of the Democratic Front for the Liberation of Palestine (DFLP) concluded yesterday in the Cuban capital.

The gathering was held as a prelude to the seventh National Congress, which will take place in April in Lebanon, and attended by Palestinians from across the American continent.

Topics of vital importance for the Palestinian cause were discussed, the documents pending approval by the Central Congress of the DFLP were debated, and the 12 direct delegates to the national event were selected.

Fahd Suleiman, DFLP deputy secretary-general explained the selection of Cuba as the venue for this important gathering for the Palestinian cause.

“Cuba is a country friendly to the Palestinian people and cause, so it was natural that it be selected to host the meeting,” he said.

“There are a lot of Palestinians living in this continent. We are a people that fight for their national liberation, the restoration of their 1967 borders, the return of refugees to their homeland and precisely in the framework of these conditions it was decided to hold this event in Havana, to send a message from here to U.S. President Donald Trump,” he added.

The official criticized the alliance and cooperation between the United States and Israel, which openly occupies Palestinian land and divides the people by creating settlements.

“The Palestinian territory is the patrimony of its people and Jerusalem is the capital of our state,” he stressed, in reference to the Trump administration’s recognition of the holy city as the capital of Israel.

On behalf of the DFLP, Suleiman also condemned the U.S. decision to move its Embassy from Tel Aviv to Jerusalem.

END_OF_DOCUMENT_TOKEN_TO_BE_REPLACED 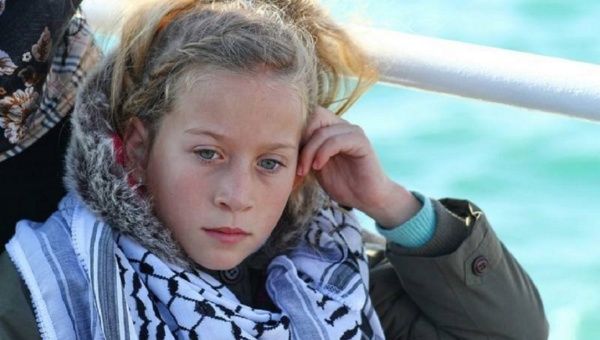 Israeli occupation forces are celebrating a major victory after thwarting a growing threat: a 16-year-old Palestinian girl who shows no fear in fighting back against military personnel invading her home.