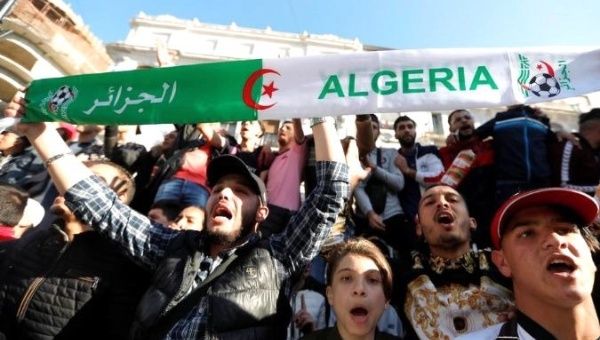 “We hope that, whatever happens, the internal processes underway in this country and which are wholly a matter for interior affairs are allowed to run their course without any interference from third countries,” Kremlin spokesman Dmitry Peskov said.

Bouteflika demitted office Tuesday, after a 20-year rule, amid wide-scale protests and mounting pressure from the army.

“We hope that the political changes will by no means affect the friendly nature of our relations,” Peskov said and added that Moscow has “mutually beneficial, friendly relations” with Algeria and that the two countries share “many joint projects in the economic sphere.”

Algeria’s struggling economy is heavily reliant on oil and gas exports. According to statistics, young people account for 70 percent of the population and one in every four people under the age of 30 is unemployed.

END_OF_DOCUMENT_TOKEN_TO_BE_REPLACED 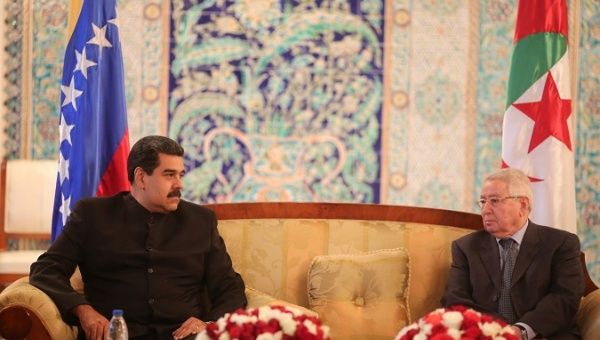 The objective of the visit is to develop and strengthen ties and relationships “based on respect, common development where the fundamental objective is the benefit of both peoples,” according to Venezuela’s presidential press office.

Venezuelan President Nicolas Maduro has arrived in Algeria in order to consolidate ties and the bilateral relationship between the two countries. He was welcomed at the airport by the African nation’s Council President, Abdelkader Bensalah.