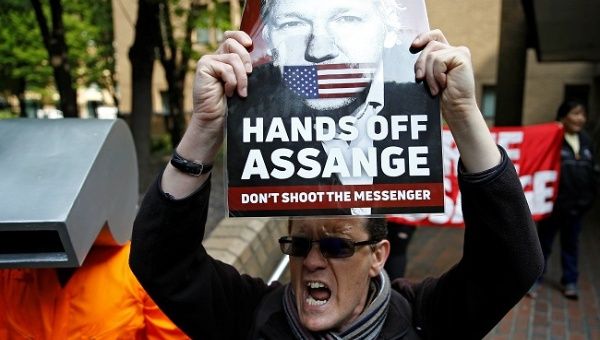 The Wikileaks founder was recently expelled from the Ecuadorean Embassy after new President Lenin Moreno accused Assange of spying and being disrespectful to his hosts.

Wikileaks founder Julian Assange has been sentenced by a London court on Wednesday to 50 weeks in jail for skipping bail.

According to the Reuters News Agency, Assange violated the terms of his bail to enter the Ecuadorean embassy almost seven years ago. He was dragged out of the embassy last month and charged by the United States for one of the biggest ever leaks of classified information.

Judge Deborah Taylor said Assange had exploited his privileged position to flout the law and express his disdain for British justice.

Assange who is behind one of the biggest ever leaks of classified information will attend a separate hearing at Westminster Magistrates Court on Thursday (May 2) where a request by the United States for his extradition will be considered.

“Julian Assange will be sentenced at Southwark Crown Court at 10:30 tomorrow for ‘violating his bail conditions’ whilst seeking & obtaining political asylum,” WikiLeaks said.

“On Thursday at 10AM there will be a hearing in Westminster Magistrate Court on the U.S. extradition request,” it said.