The UN General Assembly hastoday, once again,voiced the almost unanimous call by the international community for the US to put an end to its policy of economic aggression against Cuba.

By a vote or 191 against 2 (United States and Israel) the international body passed a resolution calling on  the “Necessity of ending the economic, commercial and financial blockade imposed by the United States of America against the Republic of Cuba”.  As every year since 1992, the decision was preceded by a lengthy debate, involving representatives from all regions of the world that, in statement after statement, called on the US government to end a policy universally rejected, that serves no purpose, that damages peace and international cooperation and that has unfairly punished the people of Cuba as a whole.

END_OF_DOCUMENT_TOKEN_TO_BE_REPLACED

Pretoria, Jun 22 (Prensa Latina) South African Congress Union (Cosatu) denounced today recent statements by US president Donald Trump against Cuba, which it described as an affront to the sovereign right of that people to freely elect its way towards development and progress.
In a statement in this capital, Cosatu expressed its strong solidarity with the Cuban people and support for its sovereign right to a system that has proven to help the poor, exposed the failures of capitalism in social justice and has developed a progressive Internationalism that helps human development and the struggle of peoples and the working class.

END_OF_DOCUMENT_TOKEN_TO_BE_REPLACED

On this day twenty two years ago, the South African Communist Party (SACP)secretary-general, Chris Thembisile Hani also known to many as Tshonyane (his clan name), was shot and killed in the driveway of his Boksburg home. Soon after, Janus Walus, a Polish immigrant who came to South Africa in 1982, was arrested in connection with the murder. He was linked to co-conspirator Clive Derby-Lewis, a Conservative Party (CP) Memebr of Parliament (MP)and his wife Gaye.

During the Truth and Reconciliation Commission (TRC) hearing, Walus said: “I did not want to shoot him in the back. I called to Mr Hani. When he turned I fired the first shot into his body. As he turned and fell down, I fired a second shot at his head.”

Hani was killed in front of his 15-year-old daughter Nomakhwezi. The death of the leader of the armed wing of the ANC and popular communist leader on the eve of the first democratic elections in South Africa fuelled fears of violence and threatened the transition to democracy

END_OF_DOCUMENT_TOKEN_TO_BE_REPLACED 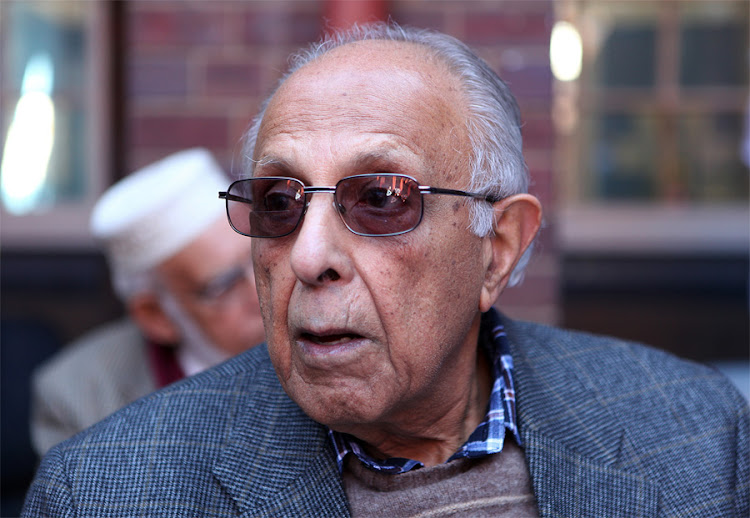 Struggle stalwart Ahmed Kathrada’s health has deteriorated, his foundation announced on Monday.Kathrada is one of three surviving Rivonia trialists, with the others being Andrew Mlangeni and Denis Goldberg.

END_OF_DOCUMENT_TOKEN_TO_BE_REPLACED

Equipped with a state-of-the-art radiology and intensive care unit (ICU), Ermelo Hospital strives to give the best medical care possible. The Highvelder spoke to the medical manager, Dr I.I. Gòmez, to find out why it is rated among the best hospitals in the province. Ermelo is a Level 2 hospital that receives referrals from Bethal,…

END_OF_DOCUMENT_TOKEN_TO_BE_REPLACED

Valdes Mesa arrived in South Africa on Tuesday. He has already held meetings with government leaders and the African National Congress (ANC), and other political organizations that make up the triple alliance.

Valdes Mesa and his counterpart and host, South African Vice President Cyril Ramaphosa, held official talks Wednesday. In a subsequent joint statement to the press, the two sides highlighted aspects of the historical ties between South Africa and Cuba, as well as cooperation, which today extends to various sectors.

There are currently more than 600 Cuban professionals offering their services in South Africa, including 400 doctors. A group of some 700 young South Africans are also pursuing studies at medical schools here in Cuba. Once graduated, they will return to their home communities to offer their services there, thus contributing to improving health indicators.

END_OF_DOCUMENT_TOKEN_TO_BE_REPLACED

The Minister of health of South Africa Aaron Motsoaledi said that his country has hospitals that today would be without doctors if it weren’t for Cuba.  END_OF_DOCUMENT_TOKEN_TO_BE_REPLACED