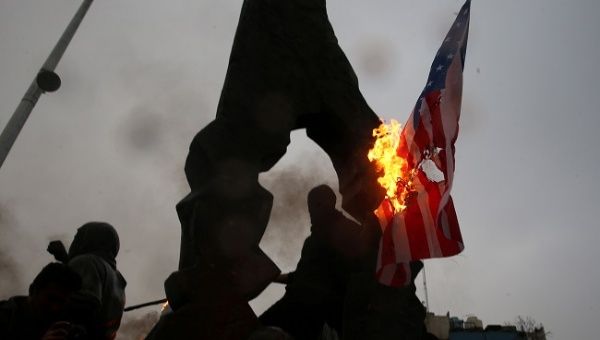 Amir Rahimpour, who was the CIA spy and received huge money to give part of the information of Iran’s nuclear program to the intelligence service of America, had already been sentenced to death and it was recently approved by the country’s Supreme National court.”

Iran’s Judiciary spokesman Gholam Hossein Esmaili said Tuesday that the country’s Supreme Court has approved the death sentence of an Iranian who was spying for the United States, semi-official Fars news agency reported.

Iran to Launch new Satellite Despite US Missile Accusations

“Amir Rahimpour, who was the CIA spy and received huge money to give part of the information of Iran’s nuclear program to the intelligence service of America, had already been sentenced to death and it was recently approved by the country’s Supreme National court,” Esmaili was quoted as saying.

“He (Rahimpour) will be punished soon,” the spokesman said. He added that two others have been sentenced to 10 years in prison on charges of spying for the United States.

Tensions between the U.S. and Iran have been at an all-time high following the assassination of Quds Force commander Qassem Soleimani in Baghdad.

END_OF_DOCUMENT_TOKEN_TO_BE_REPLACED 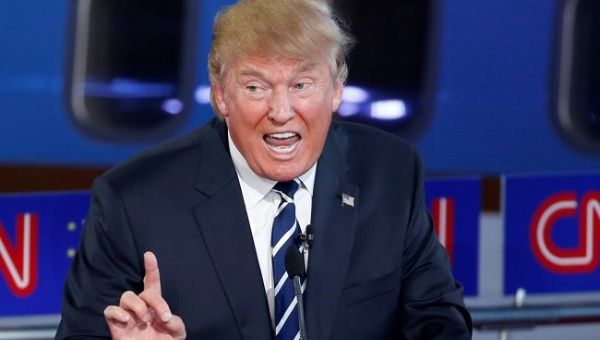 “In his message, Trump said he was against any war with Iran and wanted to talk to Tehran about various issues…He gave a short period of time to get our response but Iran’s immediate response was that it is up to Supreme Leader (Ayatollah Ali) Khamenei to decide about this issue.”

“In his message, Trump said he was against any war with Iran and wanted to talk to Tehran about various issues…He gave a short period of time to get our response but Iran’s immediate response was that it is up to Supreme Leader (Ayatollah Ali) Khamenei to decide about this issue,” one of the officials told Reuters, speaking on condition of anonymity.

Reuters was informed of Iran’s knowledge of the attack shortly after the New York Times released their piece that detailed Trump’s decision to not launch airstrikes on the Islamic Republic’s military sites.

A second Iranian official said: “We made it clear that the leader is against any talks, but the message will be conveyed to him to make a decision…However, we told the Omani official that any attack against Iran will have regional and international consequences.”

After weeks of rising tension amid a spate of attacks on oil tankers in the Gulf, Iran said on Thursday it had shot down an unmanned U.S. military surveillance drone, fanning fears of an overt military confrontation between the longtime adversaries.

The New Times quoted a senior administration official as saying, U.S. warplanes took to the air and ships were put in position for a retaliatory attack only for an order to come to stand down, without any weapons being fired.

END_OF_DOCUMENT_TOKEN_TO_BE_REPLACED 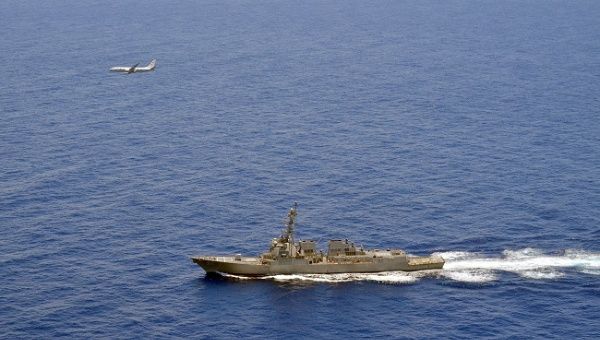 The U.S. Armed Forces have been placed on high alert in the Middle East over what Centcom has described as “credible and possibly imminent threats to U.S. forces in Iraq.”

U.S. Central Command, in coordination with Operation Inherent Resolve, has increased the force posture level for all service members assigned to OIR in Iraq and Syria,” Urban said. “As a result, OIR is now at a high level of alert as we continue to closely monitor credible and possibly imminent threats to U.S. forces in Iraq.”

The threats mentioned by the U.S. Central Command were previously contradicted by the British military, who said that the Iranian forces in Syria and Iraq have shown no signs of aggression. British Maj. Gen. Christopher Ghika, further said in a press briefing that the threat level by Iranian-backed groups against coalition forces in Iraq and Syria has not risen.

Prior to these claims, the U.S. admnistration alleged that Iran was behind the ‘sabotage’ attacks on  four oil tankers off the coast of the United Arab Emirates (UAE). Iran denied any role in these alleged attacks, adding that it is dangerous to spread such rumors.

END_OF_DOCUMENT_TOKEN_TO_BE_REPLACED 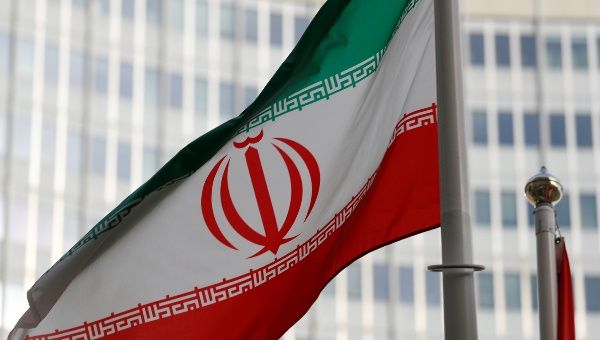 The Trump administration announced on Monday that they would be cancelling waivers to eight countries buying oil from Iran as they tighten the economic blockade against the Persian Gulf nation.

The spokesperson for the Iranian Foreign Ministry, Abbas Mousavi, issued a statement on Monday that warned of “adverse consequences” if the U.S. ended their sanctions waiver on the Persian Gulf nation’s oil imports.

“Given the illegal nature of the U.S. sanctions, Iran has not and will not consider any value for the waivers granted,” Mousavi said. “However, in view of the negative effects in politics of these sanctions … Iranian Foreign Ministry has been continuously in touch with relevant domestic institutions while holding comprehensive consultations with many foreign partners, including Europeans.”

The Trump administration announced on Monday that they would be cancelling waivers to eight countries buying oil from Iran as they tighten the economic blockade against the Persian Gulf nation.

Mousavi said Iran will take appropriate actions to counter the U.S. move, adding that his government will make it public.

Not everyone in the Iranian government and military were as cordial as Mousavi, the commander of the Islamic Revolutionary Guard Corps’ Navy, Alireza Tangsiri, vowed to take harsher actions against the U.S.

Tangsiri vowed to close the important Strait of Hormuz, which would be a major blow to the U.S. Navy who is currently docked at their largest Middle Eastern naval base in Bahrain.

“If we are prevented from using it, we will close it,” Tangsiri said, as cited by the state-run Fars News Agency. “In the event of any threats, we will not have the slightest hesitation to protect and defend Iran’s waterway.”

Iran’s oil exports have dropped to about 1 million barrels per day (bpd) from more than 2.5 million bpd prior to the re-imposition of sanctions.

U.S. Secretary of State Mike Pompeo, in a briefing Monday, said “we’re going to zero across the board,” saying the United States had no plans for a grace period for compliance beyond May 1.

The White House intends to deprive Iran of its lifeline of $50 billion in annual oil revenues, Pompeo said, as it pressures Tehran to curtail its nuclear program, ballistic missile tests and support for conflicts in Syria and Yemen.

END_OF_DOCUMENT_TOKEN_TO_BE_REPLACED

Tehran, Feb 11(P L) Millions of Iranians celebrated Monday in the streets the 40th anniversary of the triumph over Shah Mohammed Reza Pahlevi and the subsequent rise of the Islamic Revolution.
Iranians remembered the return of Ayatollah Ruollah Khomeini on February 1, 1979, shortly after Pahlevi’s fugue on January 16 that year.

Demonstrations for these dates began from various parts of the capital to concentrate in Azadi Square.

END_OF_DOCUMENT_TOKEN_TO_BE_REPLACED 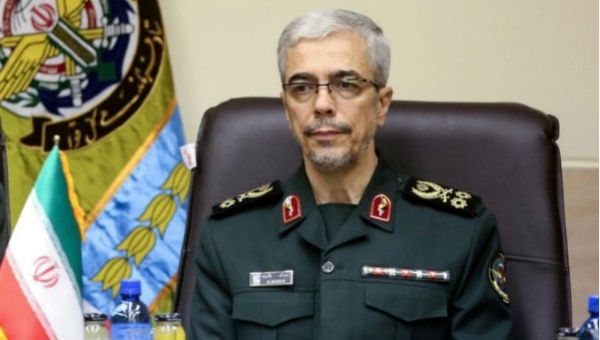 The International Atomic Energy Agency has confirmed that Iran is complying with the nuclear deal.

Mohammad Baqeri, Iran’s armed forces chief of staff, has warned that if the United States re-imposes sanctions on his country, Iran will “definitely” withdraw from the Joint Comprehensive Plan of Action, also known as the 2015 Iran Nuclear Deal.

He noted that the driving force that helped seal the deal was the removal of Western sanctions if Iran complies with the terms laid out by negotiators, which the International Atomic Energy Agency has recently confirmed it is doing.

END_OF_DOCUMENT_TOKEN_TO_BE_REPLACED

U.S. President Donald Trump has announced that his government will decertify the Joint Comprehensive Plan of Action, JCPOA, with Iran.

“Since the signing of the nuclear agreement, the regime’s dangerous actions has only escalated,” Trump said during a press conference.

“We cannot and will not make this certification.”

Trump also announced that he will impose sanctions on Iran’s Islamic Revolutionary Guard Corps, which he accused of supporting “terrorism” across the world, including the Middle East.

END_OF_DOCUMENT_TOKEN_TO_BE_REPLACED 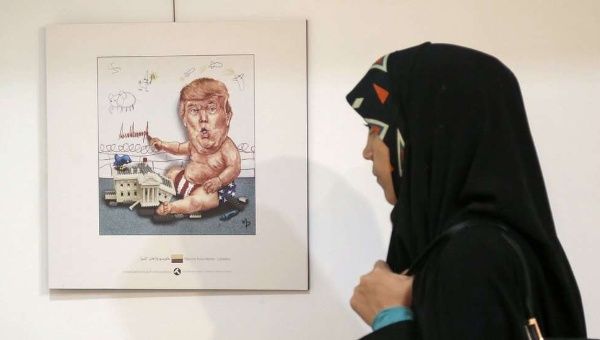 END_OF_DOCUMENT_TOKEN_TO_BE_REPLACED

Qasemi reiterated that Tehran’s stance “is based on supporting the sovereign nations of the world, including Cuba.”

In the wake of U.S. President Donald Trump’s rollback of normalizing relations with Cuba last week, Iran has become the latest country to stand with the Caribbean island and its socialist government.

“The Islamic Republic of Iran rejects the new restrictions on Cuba and deeply believes that the global experience has proven the ineffectiveness of sanctions as a means of pressure against sovereign nations to weaken their determination,” he stated