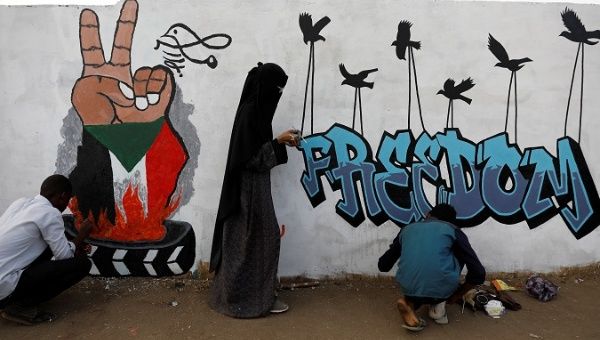 Sudanese protesters will not stop protesting until their demand for the formation of a civilian government is met by the ruling military council.

Sudan’s protesters said Sunday they will be continuing to demonstrate until their demand of creating a civilian government is met.

Sudan Lifts Curfew Amid Talks Between Military and Protesters

The protest organizations are in dialogue with the new military rulers of the country after formerPresident Omar al-Bashir was ousted and arrested by the army.

A statement by the Alliance for Freedom and Change, an umbrella group of protest organizations said its 10-member delegation team submitted a list of demands Saturday which includes restructuring the country’s feared National Intelligence and Security Service (NISS).

Sudanese Professionals’ Association (SPA) called for the establishment of a transitional council which would be protected by the armed forces, adding it would exert “all forms of peaceful pressure to achieve the objectives of the revolution.”

Sudanese Defense Minister Mohammed Ahmed Awad Ibn Auf was supposed to lead the Military Transitional Council (MTC) that is supposed to run the country for up to two years until new presidential elections are had.

Just a day after overthrowing former president Omar al-Bashir who was in power since 1989, Ibn Auf stepped down as the council leader. Protesters said Ibn Auf is too close to the now former regime.