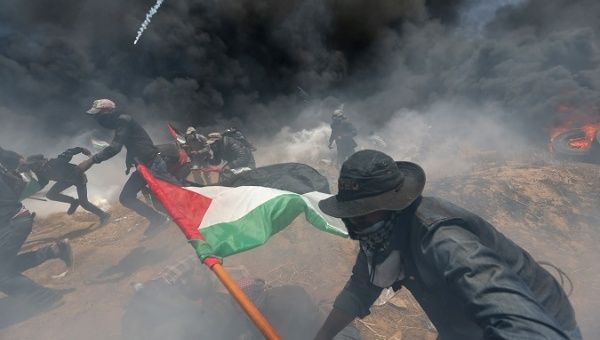 The Bahrain Conference depoliticizes the Palestinian cause and portrays it as a humanitarian issue in the first place, denying the fact that Palestine suffers from a multi-tiered system of oppression.

Everybody is talking about the two-day Bahrain Conference held in Manama entitled “Peace to Prosperity Workshop” to discuss “prosperous economic development” proposals in Palestine.

Kushner as a Colonial Administrator: Let’s Talk About The ‘Israeli Model’

This conference is said to come as the first stage of the so-called “Deal of the Century.” But this is not true. The deal has already started when the U.S. moved its embassy to Jerusalem last year after declaring it, all of it, as the capital of the Jewish state of Israel when Israel killed 62 Palestiniansparticipating in the peaceful demonstration of the Great Return March.  Moreover, the U.S. declared Israeli sovereignty over the occupied Golan Heights. And the West Bank is to be annexed to Israel. DC represents an economic aspect of the slowly unraveled deal.

On the surface, this conference looks exclusively economic but it goes beyond this. The danger of this conference does not only manifest in boosting normalization between Arab countries, especially the Gulf, with Israel but also minimize the Palestinian struggle into an economic crisis. Meaning, it depoliticizes the Palestinian cause and portrays it as a humanitarian issue in the first place, denying the fact that Palestine suffers from a multi-tiered system of oppression enshrined in Israel and incarnated in occupation, settler-colonialism, and Apartheid.

This conference, in fact, is one step in the continual dehumanization of the Palestinian people. To say the least, that the Palestinian cause costs as much as 50 billion dollars, distributed to Palestine (US$28 billion) and surrounding countries like Egypt (US$12 billion), Jordan (US$7 billion) and Lebanon (US$6 billion) within 10 years.

It shows that the blood of the Palestinian martyrs and the people’s long-suffering can be bargained upon, that money can make up to Palestinians for the ongoing ethnic cleansing which began in 1948, that the incremental genocide inflicted by Israel on Palestinians can be forgotten for bread crumbs and a trivial sum of money. And most importantly, that the unquestionable right of Palestinians to return to their usurped homelands and compensation as guaranteed in Resolution 94 can be alienated.

Palestinians Stand Together in Rejection of Trump’s Peace Plan

What Kushner wants to convey is that peace can be achieved in the Middle East through building infrastructure in trade, transportation, tourism, and digital services, forgetting the fact that Israel is the main reason behind the destruction of this infrastructure. Whatever apolitical projects are proposed will be deficient and unsuccessful, though it may prove the opposite in the short run, because the root of the problem lies in Israel’s existence in Palestine.

Occupying the senior adviser in Trump’s current administration and living in a post-colonial U.S. which wouldn’t have been the current U.S. without genocide against its Indigenous population, Kushner insists on giving the impression of doing the Palestinians a favor by bringing “peace” and “prosperity” into their “reactionary” and “poverty-stricken” homeland.  This colonial white supremacist mentality asks Palestinians to be the good slave by obeying and cooperating.

The good Palestinian is the one who admits total submission to their master. Palestinians are expected to thank the U.S. Administration for saving them from themselves. Earlier this month, Kushner expressed racist remarks of the incapability of Palestinians of governing themselves. Therefore, Palestinians need a superior side, who are capable and advanced, to take control of them and directs their affairs.

From their side, Palestinians, inside occupied Palestine and in the diaspora, announced their rejection of Manama conference and, consequently, its outcomes. Palestinians, in the West Bank, led civil demonstrations in the street condemning this conference, which is an auction in its essence, and those taking part in it. Gaza also has shown its rejection by a general strike.

The Palestinian leadership asserted that this conference is empty of meaning as it comes against the will of Palestinians and opens the gate to undervalue the Palestinian cause. On the 63rd Friday of the Great March of Return, Palestinians went out protesting under the slogan “Land Is not for Sale.”

Kushner Fails to Sell His ‘Economy First’ Approach to Palestinians, Most Arabs

The word remains of the people. The civil society in the participating countries took out in protest against their governments’ participation. Hence, Palestinians bank on the conscientious people to heed their call of the Boycott, Divestment, and Sanctions movement, known widely as BDS which aims at isolating Israel from the world until it ends its violations of human rights and complies with the international law. It is Palestinians, who determine the form of solidarity with them as they are the oppressed. Palestinians seek freedom, justice, and equality.

END_OF_DOCUMENT_TOKEN_TO_BE_REPLACED 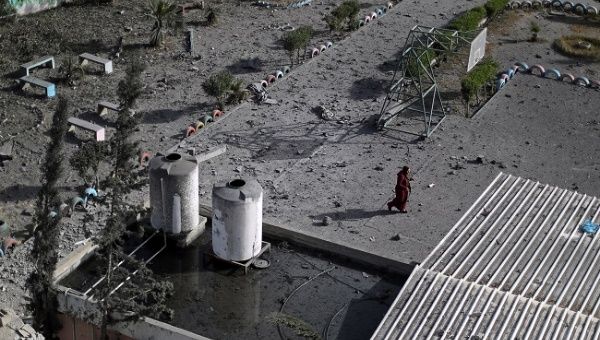 “The status quo of occupation and humanitarian crisis in Gaza is unsustainable. Only real justice can bring about security and lasting peace.”

U.S. congresswoman Rep. Ilhan Omar tweeted Sunday about the latest episode of violence in Gaza that resulted in several people killed, including many children.

Ceasefire Reached Between Palestinians in Gaza and Israel

“How many more protesters must be shot, rockets must be fired, and little kids must be killed until the endless cycle of violence ends? The status quo of occupation and humanitarian crisis in Gaza is unsustainable. Only real justice can bring about security and lasting peace,” the congresswoman from Minnesota tweeted.

Omar has faced heavy criticism from many members of congress, including  U.S. President Donald Trump. over her ardent stance on justice for Palestinians.

She has been accused by the right-wing in the United States of being anti-Semitic for her stance on Palestine and criticism of the American-Israeli Political Action Committee (AIPAC).