Report indicates that 23 out of 33 Latin America and Caribbean countries experienced a slowdown during 2019.

The region has experienced a generalized, synchronized economic slowdown in most countries and sectors, completing six consecutive years of limited growth, ECLAC reported on Thursday, in its latest annual report released by its headquarters in Santiago de Chile.

In the preliminary report on the performance of Latin America and Caribbean economies in 2019, the United Nations agency indicates that in 2019 the region will grow only 0.1% on average, while growth projections for 2020 will remain low, around 1.3%. As a result, 2014-2020 would be the period of lowest growth for the economies of Latin America and the Caribbean in the last seven decades.

In terms of growth projections, according to the report, 23 out of 33 countries in Latin America and the Caribbean (18 out of 20 in Latin America) will show a slowdown in their growth during 2019, while 14 nations will show an expansion of 1% or less by the end of the year.

Thus, the macroeconomic profile for recent years shows a trend toward decreasing economic activity, with a decline in per capita Gross Domestic Product (GDP), less investment, a drop in per capita consumption, lower exports and a sustained deterioration in the quality of employment. END_OF_DOCUMENT_TOKEN_TO_BE_REPLACED

United Nations, Nov 6 (P L) The African Group reaffirmed on Wednesday before the United Nations General Assembly its rejection of the economic, financial and commercial blockade imposed on Cuba by the United States for more than half a century.

The rejection of the US blockade against Cuba continues to gain momentum and today will not be the exception. The African Group remains firm in its principled position of solidarity with Cuba in its call to put an immediate end to this unilateral measure, declared Moncef Baati, Tunisia’s permanent representative to the UN.

Baati, representing the African Group, expressed deep concern about the negative consequences of the coercive economic measures imposed on the Cuban population for decades.

END_OF_DOCUMENT_TOKEN_TO_BE_REPLACED

United Nations, Oct 23 (P L) The rollbacks in nuclear disarmaments are palpable, Cuba denounced at the United Nations on Tuesday, when it expressed great concern about the stance of the United States, which has the largest number of those devices ready to be used.
My country rejects the military stances based on nuclear dissuasion, which are unjustifiable and immoral, said the second secretary of the Cuban mission at the United Nations, Lilianne Sanchez, in a debate of the First Commission of the UN General Assembly.

Achieving nuclear disarmament is a major priority in the field of disarmament, and the only effective way to prevent the terrible impact of those devices is their total elimination, in a verifiable, transparent and irreversible manner, she noted.

END_OF_DOCUMENT_TOKEN_TO_BE_REPLACED

The rights that women here in Cuba enjoy are praiseworthy; an example for the Americas and the world. We always use Cuba as a reference,” said Rafael Cuestas, international coordinator of the United Nations Population Fund Program (Unfpa) in Cuba, in an exchange with the specialized press on these issues.

Cuestas also recognized the important presence of women in the Cuban National Assembly; the right of women to decide when to have children or not; and the country’s impressive life expectancy rate, all attained despite the negative effects of the blockade on the economy and daily life. He also recalled the role of Vilma Espin at the International Conference on Population and Development in Cairo (1994).

Addressing the country’s achievements, the UN representative stated, “Cuba has a very progressive, very open society” and has advanced a great deal, noting that a demographic population pyramid very similar to that of developed countries exists here, a result of improvements in living conditions and guarantees such as universal and free health coverage,. END_OF_DOCUMENT_TOKEN_TO_BE_REPLACED 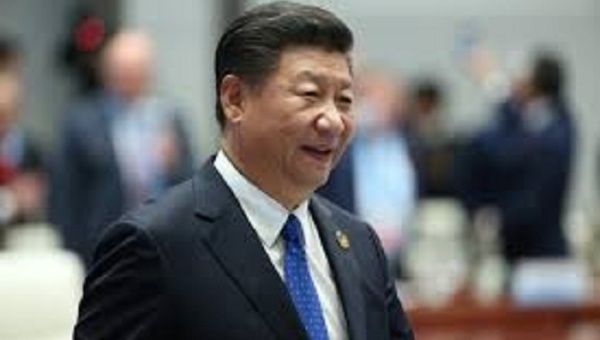 China is the North’s only major ally and the visit comes amid renewed tension on the Korean peninsula as the United States seeks to persuade Pyongyang to give up its nuclear weapons.

Chinese President Xi Jinping arrived in North Korea on Thursday as Beijing looks to bolster its neighbor, hit by U.N. sanctions over its nuclear and missile programs, a week before Xi and U.S. President Donald Trump meet amid a bitter trade dispute.

Xi was driven through Pyongyang in a convertible car and greeted warmly by the crowds on his way to the Kumsusan Palace of the Sun, a complex that serves as the mausoleum for North Korea’s founder, Kim Il Sung, the report said.

President Xi was greeted by Kim and other top officials upon his arrival in the North Korean capital, becoming the first Chinese leader to visit the reclusive neighboring country in 14 years.

The trip is also an assertion of a key leverage point that China has in its deteriorating relationship with the United States, diplomats say.

“Comrade Xi Jinping is visiting…in the face of crucial and grave tasks due to complex international relations, which clearly shows the Chinese party and the government place high significance on the friendship,” the North’s official Rodong Sinmun newspaper said.

The trip highlights two-way ties that “never waver despite any headwinds,” and strengthens “blood ties” between the two peoples, it added in a front-page commentary.

Xi will hold a summit with Kim Jong Un, attend a welcoming banquet and watch a mass gymnastic performance on his first day, according to Chinese state media.

He is also expected to pay tribute at the Friendship Tower, which commemorates Chinese troops who fought together with North Koreans during the 1950-53 Korean War. The conflict ended in a truce, not a treaty, leaving the North technically still at war with South Korea.

END_OF_DOCUMENT_TOKEN_TO_BE_REPLACED 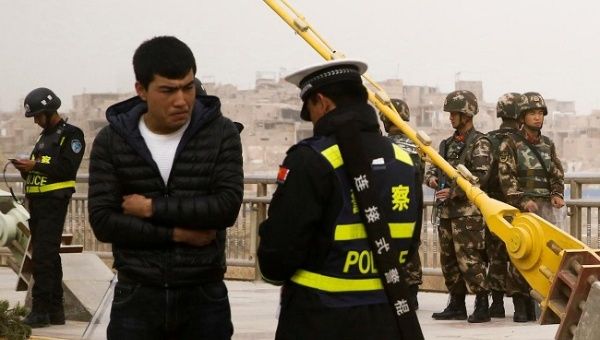 “We hope to see the high commissioner pay a visit to China including a trip to Xinjiang to see by herself … Seeing is believing,” Chen Xu, China’s ambassador to the United Nations in Geneva, told a news conference hosted by the U.N. correspondents’ association, ACANU.

The Chinese envoy to the United Nations has formally welcomed U.N. human rights chief Michelle Bachelet to visit China, including Xinjiang, where Beijing has been accused of putting more than one million ethnic Uyghurs in mass detention centers.

According to the Chinese envoy, the U.N. human rights chief is more than welcome to visit their “education training centers”, which Beijing claims is helping stamp out extremism and give people new skills.

“We hope to see the high commissioner pay a visit to China including a trip to Xinjiang to see by herself … Seeing is believing,” Chen Xu, China’s ambassador to the United Nations in Geneva, told a news conference hosted by the U.N. correspondents’ association, ACANU.

“The invitation to the high commissioner is always there, we hope to define a time which is convenient to both sides”, he said. “What is happening in Xinjiang is education training centers help young people, especially young people, to get skills, to be well-equipped for their reintegration into society,” Chen said, adding that “there are no so-called re-education camps”.

Bachelet’s approach was one of “dialogue and cooperation”, he said, contrasting this with that of her predecessor Zeid Ra’ad al-Hussein. “I think this is the right direction.”

END_OF_DOCUMENT_TOKEN_TO_BE_REPLACED

United Nations, May 8 (P L) UN Special Rapporteur on the Impact of Unilateral Sanctions on Human Rights, Idriss Jazairy, this Wednesday shows great concern about the sanctions against Cuba, Venezuela and Iran.
According to this UN independent expert, political differences among governments should never be solved by inducing economic or humanitarian disasters to the population.

This is what he said about the consequences of the sanctions imposed by the United States on Cuba, Venezuela and Iran.

According to Jazairy, using such economic measures for political purposes violates human rights and international law as they can trigger major humanitarian catastrophes.

Codes of conduct in international relations have never accepted changes of government through economic measures that lead to the denial of human rights and can cause hunger in the population, he insisted.

In the view of this UN rapporteur, real concerns and political differences among governments should never be solved by inducing disasters and making the population hostage to the situation.

END_OF_DOCUMENT_TOKEN_TO_BE_REPLACED

Havana, Apr 4 (Prensa Latina) Cuba is an indispensable and strategic ally to strengthen the multilateral system, asserted today in this capital the president of the General Assembly of the United Nations, Maria Fernanda Espinosa.
We recognize the role of Cuba in such complex moments, which generate a great challenge for world peace and the need for a fairer and more equitable multipolar order, said Espinosa after being received at the Foreign Ministry by the Minister of Foreign Affairs of the Caribbean island, Bruno Rodríguez.

Our organization thanks Cuba for its vital and dynamic role in the work of the General Assembly and throughout the system in general, said the visitor.

He highlighted the commitment of the Antillean nation to the multilateral system and to the United Nations organization.

‘My presence here is a recognition of the fundamental role that Cuba has played in strengthening the multilateral system with its always constructive contribution in the decision-making processes,’ Espinosa emphasized.

Cuba’s leadership role in the Movement of Non-Aligned Countries and in promoting the diplomatic agenda for peace and development is well known, he recalled.

Also, he highlighted, is one of the stellar countries in the fulfillment of the 2030 agenda and sustainable development.

Your visit will help you to confirm Cuba’s commitment to multilateralism, said the head of Cuba’s diplomacy.

END_OF_DOCUMENT_TOKEN_TO_BE_REPLACED

United Nations, Jan (P L) United Nations Secretary General Antonio Guterres on Thursday highlighted the urgent need for all important leaders to commit to a political, inclusive and credible dialogue in Venezuela.
The UN Head, through a statement issued by his spokesmanÂ´s office, also called to reduce tensions and ‘do everything possible to prevent violence and avoid any escalation.’

Guterres also requested a transparent and independent investigation of the recent violent events in Venezuela, and showed concern about the reports on victims during demonstrations.

The government of Caracas has called for dialogue on several occasions during the recent years, in which several negotiations were held, although in the most recent attempt, the opposition left the roundtable discussions without giving any explanations.

END_OF_DOCUMENT_TOKEN_TO_BE_REPLACED

United Nations, Jan (P L) Palestine representative to the UN, Riad Mansur, asked the Security Council Tuesday to support the request of his nation to enter as a full member of the multilateral organization.
He stressed that this would be of great importance in restoring the confidence and hope of the Palestinian people in their search for peace.

But this peace cannot be achieved by ignoring international law and human rights, as the Government of Israel does in the Occupied Palestinian Territory, he stressed.

We started the year with hope, he added, despite the fact that in 2018 we experienced situations of enormous suffering and human loss, while the occupation of Israel became more extreme and increased the repression against Palestinian civilians.