The monoclonal antibody Itolizumab received authorization to start a phase III clinical trial in Covid-19 patients in the US, Mexico and Brazil, reported on Wednesday Cuba’s Center for Molecular Immunology (CIM).

Developed by that institution in collaboration with the India’s BIOCON company, this trial will consolidate the scientific pieces of evidence that supports the effective inclusion of the drug in the Cuba’s protocol for the Covid-19 treatment, warns the CIM on Twitter.

Winner of one of the National Awards of the Cuban Academy of Sciences in 2014, in the Biomedical Sciences category, the product has an anti-inflammatory and immuno-regulatory effect.

Recently, Cuban researchers also shared on social networks an article published in the Gerontology Journal about the country’s experience of Itolizumab’s use in elderly Covid-19 patients.

According to the text, the study combined the timely use of this monoclonal antibody with other antiviral and anticoagulant therapies to reduce the worsening of Covid-19 and mortality.

END_OF_DOCUMENT_TOKEN_TO_BE_REPLACED

The Indian Foreign Ministry today highlighted the five-point agreement reached with China, which provides for an early withdrawal of the respective troops and the easing of tensions on the common border.

A meeting in Moscow of Foreign Minister Subrahmanyam Jaishankar and his Chinese counterpart, Wang Yi, on the sidelines of the ministerial meeting of the Shanghai Cooperation Organization, agreed that both sides should be guided by the consensus reached between the respective leaders on development. of bilateral ties and prevent differences from turning into disputes.

They also agreed that the current situation in the border areas does not benefit either party and that the border troops of the two countries should continue the dialogue, withdraw quickly, maintain the appropriate distance and ease tensions.

Third, it was agreed that all existing agreements and protocols on border issues between China and India would be abided by, in order to maintain peace and tranquility in the border areas and avoid any action that could aggravate the situation.

They also decided to continue the dialogues and communications through the mechanism of the two Special Representatives on the question of the bilateral border.

Likewise, that the working mechanism for consultation and coordination on border issues between India and China should continue its meetings.

Finally, the headlines agreed that, as the situation eases, both sides should accelerate their efforts to finalize new confidence-building measures, in order to maintain peace and tranquility in the border areas.

END_OF_DOCUMENT_TOKEN_TO_BE_REPLACED

Biocon recently obtained approval from the Drugs Controller General of India to produce Itolizumab (ALZUMAb), which is used to treat plaque psoriasis, for emergency use in India in moderate to severe Covid-19 patients.

END_OF_DOCUMENT_TOKEN_TO_BE_REPLACED

New Delhi, Jun 17 (P L) The solidarity work of Cuban doctors is a decades-long effort in medical internationalism, whose roots go to the 1959 Cuban Revolution, peoplesdispatch.com posted on Wednesday.

The Cuban doctors have been in the frontlines of tackling the novel SARS-CoV-2 coronavirus in a number of countries, said an article entitled Who deserves the Nobel Peace Prize in a time of pandemic?.

The Cuban Ministry of Public Health quickly mobilized its medical teams, notably the Henry Reeve International Medical Brigade, to take their considerable skills to a range of countries, from Italy and Andorra in Europe to Venezuela and Caribbean and African nations, the Indian website highlighted.

The Brigade received the Dr. Lee Jong-wook Memorial Prize for Public Health from the World Health Organization (WHO) in 2017 for fighting the Ebola epidemic in West Africa, peoplesdispatch.com stated.

END_OF_DOCUMENT_TOKEN_TO_BE_REPLACED

New Delhi, June 1 (PL) India will carry out clinical trials in six of its hospitals for Cuba’s Itolizumab med to reduce the mortality of Covid-19 disease; unfolded local press this Monday.
The Itolizumab drug is a molecule developed by the Havana Center for Molecular Immunology for the treatment of lymphomas and leukemias, and is now encouraged by Cuban experts as a possible therapy in the Covid-19 treatment, revealed The Print newspaper.

India’s largest biotech company and Asia’s leader Biocon recently received permission from the Indian drug regulator to use the med against the Covid-19 pandemic.

‘Itolizumab had been used in India for some years and its safety was established. Our partners in Cuba, with whom the company began developing the drug, used it in Covid-19 patients. The initial data look quite promising,’ said Dr. Sandeep Athalye, senior Vice President and Chief Medical Director at Biocon Biologics.

The company licensed the drug as an early-stage asset, and the company’s scientific team began developing the antibody for autoimmune diseases in 2006 in India.

Later, successful patient studies made possible the medicine be approved for marketing in India to treat plaque psoriasis in 2013 under the brand name Alzumab.

END_OF_DOCUMENT_TOKEN_TO_BE_REPLACED

New Delhi, June 25 (P L) Thousands of supporters of left-wing groups marched in India”s capital on Tuesday to protest a visit by the US Ssecretary of State Mike Pompeo and in solidarity with nations subject to sanctions and economic blockades by the United States Government.
The All India Peace and Solidarity Organization (AIPSO) and other left-wing organizations and political parties demonstrated in Central New Delhi in rejection of the US economic blockade against Cuba as well as the Helms-Burton Act.

END_OF_DOCUMENT_TOKEN_TO_BE_REPLACED 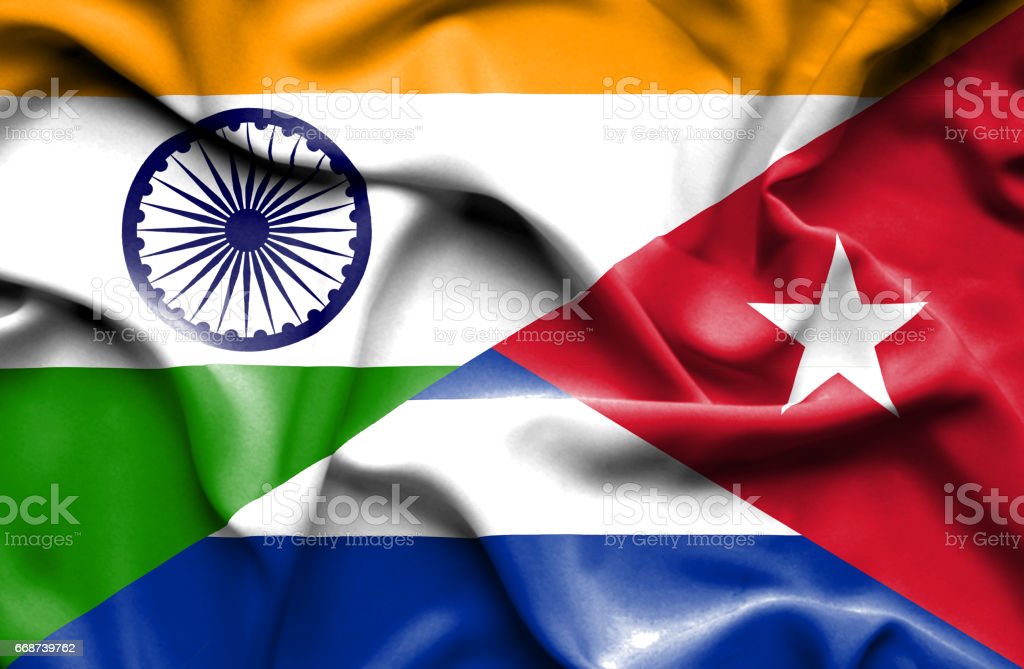 New Delhi, May (P L) A Cuban delegation from the Ministry of Public Health pays a working visit to India to learn about the experiences of applying different modalities of traditional medicine in the populous country.

END_OF_DOCUMENT_TOKEN_TO_BE_REPLACED 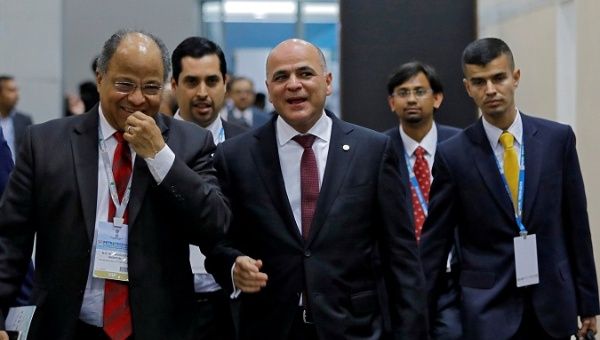 India refuses to subordinate itself to the U.S. strategy against Venezuela.

India’s Ministry of Foreign Affairs spokesman, Raveesh Kumar, said Thursday that the country will keep on doing business with Venezuela on the basis of purely economic considerations, a statement which does not submit to the United States strategy to isolate the Bolivarian country.

“Venezuela is the chair of OPEC (Organization of the Petroleum Exporting Countries) and GECF (Gas Exporting Countries Forum). We don’t have any barter system with Venezuela; commercial considerations and related factors will determine the value of trade which we have with any country,” Kumar said.

By ratifying the country’s economic nexus with the Bolivarian Republic, India is not being intimidated by U.S. President Donald Trump administration’s sanctions, which are aimed at blocking Venezuela access to the U.S. financial system, among other things.

Regarding the issue, the Venezuelan Oil Minister Manuel Quevedocommented that the restrictions imposed by the U.S. Treasury Department on the Venezuelan oil industry could cost at least US$20 billion. Currently, Venezuela exports 366,000 oil barrels per day to India and expects exports to double in the near future.

“Venezuela has all the oil that India needs,” Quevedo said, anticipating that all payment methods are on the table. END_OF_DOCUMENT_TOKEN_TO_BE_REPLACED

New Delhi, Jan 23 (P L) South Africa”s President, Cyril Ramaphosa, will make a state visit to India January 25-26 as the guest of honor for Republic Day 2019. Ramaphosa will be accompanied by First Lady Tshepo Motsepe and a high-level delegation including nine ministers, other officials and 50 business representatives.
This is President Ramaphosa’s first visit to India as Head of State. He is the second South African leader after Nelson Mandela to be the main guest on Republic Day.

Ramaphosa will be welcomed ceremonially at the Rashtrapati Bhawan Presidential Residence on January 25, where the President of India, Nath Kovind, will receive him in the evening.

He will also honour the nation’s father, Mahatma Gandhi, in Rajghat and hold talks with PM Narendra Modi on bilateral, regional and global issues of mutual interest.

END_OF_DOCUMENT_TOKEN_TO_BE_REPLACED 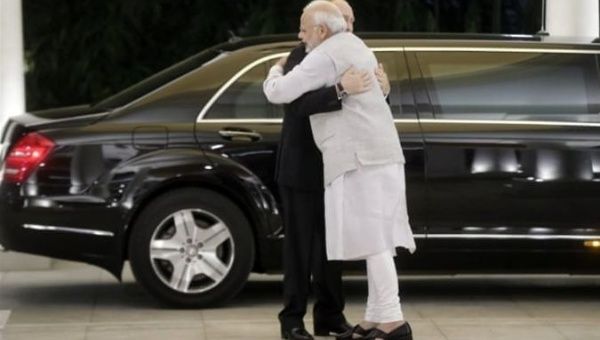 The high-tech system is considered the most effective surface-to-air system in its class and surpasses the capabilities of the U.S. Patriot missile system.
Russian President Vladimir Putin and Indian Prime Minister Narendra Modi are expected to sign some 20 documents and hold talks regarding a weapons deal during a scheduled October 4-5 meeting in New Delhi.

India is gearing up to finalize the purchase of high-tech S-400 Triumf surface-to-air missile defense system from Russia. As a result, the country could face U.S. sanctions should the US$5-billion weapons deal with Moscow goes through.

Last August, a Countering America’s Adversaries Through Sanctions Act (CAATSA) law, which was signed by U.S. President Donald Trump, is designed to punish Moscow for its “malign activities,” according to a CNN report. CAATSA, however, has loopholes which enables discretionary exemptions.

Australia’s Griffith Asia Institute’s Peter Layton comment that if the United States effects an exception for tactical ally India to purchase the S-400 system from Moscow, other countries – such as Turkey – should be allowed to carry out similar purchases unhindered.

“The CAATSA will appear a rather subjective sanction program if it only applies to some nations and not all,” said Layton

Last month, the Trump administration imposed sanctions on China for purchasing Russian military equipment. India and Russia have been in talks about the S-400 system since 2015.