The International Relations Commission of the National Assembly of People’s Power has expressed its strongest rejection of the European Parliament’s Common Resolution (2019/2929 RSP), given its interventionist content and disrespect for Cuban sovereignty, with absolute ignorance of our reality.

Cuban legislators commented on the text, approved by a 56% majority vote, stating, “Unfortunately, such statements respond to the new slander campaign orchestrated by the United States government, as part of its failed policy of hostility and aggression toward Cuba, which has escalated over the last few months, and run up against the Cuban people’s capacity for resistance.”

The International Relations Commission also expressed “deep concern that a group of Euro deputies, who are members of certain political forces within the European Parliament, echoing this campaign with evident political motivations, have lent themselves to orchestrating this anti-Cuban maneuver by promoting such statements in the forum, in open subordination to the imperial desires of the United States and alignment with its aggressive policy toward Cuba.”

This resolution “contradicts the spirit of respectful dialogue that has prevailed in relations between Cuba and the European Union,” the Cuban statement points out and adds: “Following its usual course of action, the United States finances activities that threaten Cuba’s constitutional order, attempting to recruit mercenaries to artificially fabricate the “opposition” they desire, in the absence of legitimate support for their goals of domination. Such is the case with José Daniel Ferrer, whose criminal record has been well documented.

The International Relations Commission stated, “There is plenty of evidence of these actions which the U.S. government would never allow in its own territory, with which it openly violates the bilateral Agreement on the restoration of diplomatic relations between the two countries and disregards the Vienna Convention on Diplomatic Relations and international law. This constitutes clear and unacceptable interference in Cuba’s internal affairs.” END_OF_DOCUMENT_TOKEN_TO_BE_REPLACED 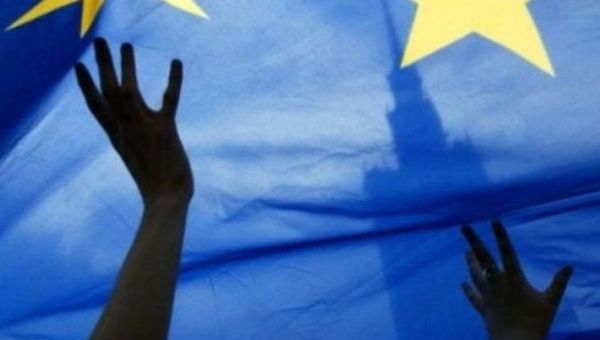 Panama, South Korea, Macau, Mongolia and other countries or overseas territories may also be removed from the EU’s tax haven list.

END_OF_DOCUMENT_TOKEN_TO_BE_REPLACED 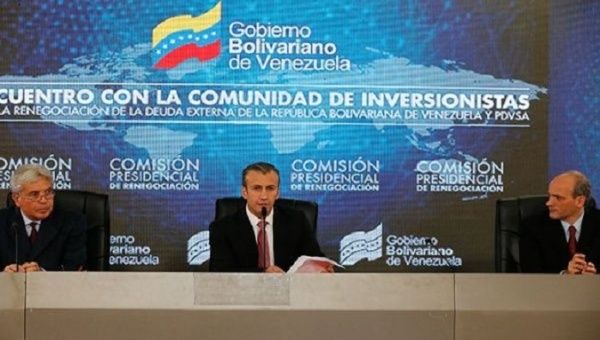 A public statement released by the Venezuelan government confirmed that it intends to fulfill its debt obligations.

The Venezuelan government has called the first steps toward refinancing its foreign debt a resounding success after it released a public statement confirming that the process of refinancing the country’s external debt is aimed at complying with its foreign obligations.

The document also stated that “despite the attempts made by the Office of Foreign Assets Control, an entity linked to the U.S. Department of the Treasury, to prevent this,” with measures aimed at attacking the Venezuelan economy and hindering the country’s foreign economic commitments, the government intends to fulfill its obligations “regardless of the difficulties we face and malicious intentions of blockades.”

This success did not prevent Standard & Poor from downgrading Venezuela’s debt status Tuesday to SD, or selective default, penalizing the country for what it said was late payment, but at the same time, the ratings agency conceded that overall, Venezuela is still committed to honoring its international debts.

The first meeting between Venezuelan authorities and foreign debt holders on Monday was attended by 414 investors, including U.S., European and British banks.

END_OF_DOCUMENT_TOKEN_TO_BE_REPLACED 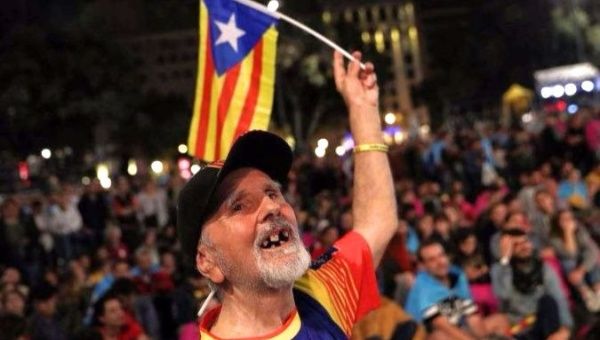 The claim was made by a European Commission spokesperson who said “this is an internal matter for Spain.”

Catalonia’s independence referendum was “not legal” under Spanish law, a European Commission spokesperson has said. The representative went on to say that “this is an internal matter for Spain that has to be dealt with in line with the constitutional order of Spain.” END_OF_DOCUMENT_TOKEN_TO_BE_REPLACED

(P L) Russia on Sunday considered that the European Union (EU)”s support for the new unilateral sanctions debated in the U.S. Congress, with implications for the energy and banking sectors, is unlikely.
In matters related to the real economy, European solidarity with Washington is over, the chairman of the Russian Senate’s Committee for International Affairs, Konstantin Kosachov, said.

Both houses in the U.S. Congress envisage the presentation of a bill approved by consensus to impose punishment on national companies and third countries that invest or participate in the Russian energy sector.

END_OF_DOCUMENT_TOKEN_TO_BE_REPLACED

On July 5, the European Parliament endorsed a legislative resolution for the provisional implementation of the Political Dialogue and Cooperation Agreement between the European Union (EU) and Cuba, signed on December 12, 2016; which aims to promote the development of diplomatic and economic relations between the bloc and Caribbean nation.

The agrement was approved by parliamentarians with 567 votes in favor, 61 against, and 31 abstentions, which according to analysts, shows broad support within the EU for rapprochement between the island and the bloc, which has also expressed its opposition to the current United States Cuba policy following changes announced in mid-June by President Donald Trump.

Speaking to the press, researcher Anna Ayuso, from the Barcelona-based International Information and Documentation Center, noted that with the signing of the agreement, Europe – unlike the U.S. – is taking advantage of the opportunity to develop economic relations with Cuba.

The new pact puts an end to the so-called “Common Position” adopted by the bloc in 1996, and rejected by Havana due to its unilateral, interventionist, selective, and discriminatory character.

END_OF_DOCUMENT_TOKEN_TO_BE_REPLACED

The group of migrant workers were shot at in 2013 and threatened with deportation after they demanded payment from Greek landowners.

A group of migrant fruit pickers from Bangladesh have won a human rights case against Greece for being shot at by their employers after demanding wages for unpaid labor. The European court of Human Rights ordered Greece to pay the group of 42 migrants workers damages of US$17,000 each for failing to prevent the human rights abuses from 2013.

END_OF_DOCUMENT_TOKEN_TO_BE_REPLACED

The war against historical memory is NATO’s long-term campaign

NATO is an immemorial alliance that liberated Europe from Nazism and protects us from the Russian bear, then that is what we should believe. The historical truth is very different, but NATO strives to revise it. A long-term task with dark consequences.

Breaking news : The author of this article was arrested and jailed, May 18th, 2016

On July 8th-9th, Warsaw will host the latest NATO summit, the meeting of the heads of the alliance’s member states in the format of the North Atlantic Council. The Warsaw meeting will be the 25th summit in NATO’s history at which agreements achieved at the previous meeting of the alliance’s heads of states in Newport in 2014 will be developed. In particular, we are dealing with the creation of a rapid reaction force on the territory of the countries of Eastern Europe which would be capable of conducting combat operations on the so-called eastern flank of the alliance. The Minister of Foreign Affairs of Poland, Witold Waszczykowski, emphasized that the establishment of permanent NATO and, in particular, US military bases on the territory of Poland will be announced during the summit.

END_OF_DOCUMENT_TOKEN_TO_BE_REPLACED

Get short URL
Russian Pantsir-S1 anti-aircraft defence system © Paul Gypteau / AFP
1.4K6
An air-droppable missile defense complex is being developed for Russia’s airborne forces to ensure that after landing, troops have the means to secure the skies and prevent inbound airstrikes. The system will be the first operating version of its kind in the world.