Havana, Feb 18 (P L) Cuban Foreign Minister Bruno Rodriguez today condemned the U.S. economic, commercial and financial blockade against the island and asked what this policy ‘helps the Cuban people’.
In his Twitter social network account, the Cuban foreign minister listed some of the 87 measures implemented by Washington to stifle the Cuban economy for nearly six decades, especially in the last two years.

Among the sanctions, he cited the application of the misnamed Cuban Freedom and Democratic Solidarity Act, known as Helms-Burton; financial persecution, the attack on fuel supplies and the closure of the U.S. consulate in Cuba

END_OF_DOCUMENT_TOKEN_TO_BE_REPLACED 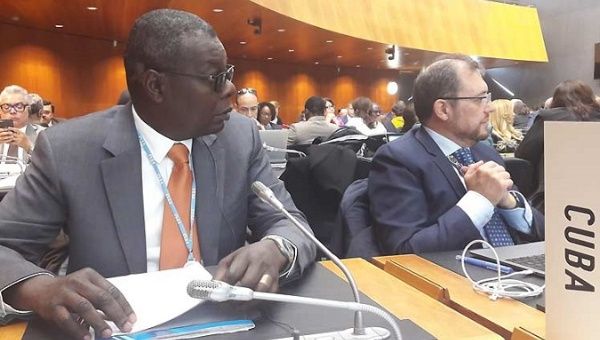 Cuban Ambassador Representative to the United Nations in Geneva Pedro Luis Pedroso denounced at a meeting of Heads of Delegations of the World Trade Organization (WTO) the effort of the United States to hinder the commercial relations with the island.

“Last year, the current administration has significantly increased its commercial and financial encirclement measures against my country. It has imposed additional measures to hinder foreign trade and increased the persecution of our banking-financial relations with the rest of the world,” Pedroso said.

The diplomat recalled that Washington’s aggressiveness is part of the application of its economic, commercial and financial blockade, a policy in force for 60 years, strengthened by U.S. President Donald Trump.

This upsurge has also implied a more intense and punitive application of extraterritorial measures, such as the full activation of Title III of the Helms-Burton Act of 1996, the Cuban permanent representative warned.

Regarding Title III, the diplomat pointed out in the WTO that it allows the initiation of claims before U.S. courts against investors from third countries that invest in the greater of the Antilles.

“This is totally illegal and contravenes the most basic norms of international law and commerce,” he said. END_OF_DOCUMENT_TOKEN_TO_BE_REPLACED

The administration’s latest travel restrictions to Cuba are another setback,’ wrote the legislator from Minesota on Twitter, a promoter of rapprochement between the two nations.

Klobuchar, who in recent statements to Prensa Latina reiterated her support for the lifting of the economic, commercial and financial blockade of almost 60 years that the United States maintains today against Cuba, recalled in the social network that he is leading a bipartisan bill to end this siege.

Isolating Cuba for more than five decades has not secured our interests. We need to advance our relationship, not go backwards,’ he remarked.

The candidate for the White House, along with her colleagues in the Upper House Patrick Leahy (Democrat) and Mike Enzi (Republican), presented last February the bill on Freedom of Export to Cuba, aimed at lifting the blockade.