Social movements, regional governments, allies and opponents of the Bolivarian Revolution have been highly vocal in response to the event.

As hundreds of thousands of Venezuelans headed to the polls Sunday to vote for 545 members of the National Constituent Assembly, the electoral event has been surrounded by global opinions.

Venezuela is one of only eight countries – including, most recently, Bolivia and Ecuador in 2007 – that have convened the historic democratic process to reform their constitutions. The South American nation hopes the exercise will clear the path for a lasting social peace and an end to the foreign-backed chaos that has paralyzed many of the country’s institutions.

Bolivian President Evo Morales expressed his continued support for Venezuela in a pair of tweets early Sunday morning, noting that aggression against Venezuela’s democracy constitutes an aggression on the whole of Latin America adding, “The Constituent Assembly will triumph.” The Bolivian socialist leader also noted, “those who organize and finance violence that attacks Venezuela and burns anti-imperialist Chavistas alive must be tried in the ICC (International Criminal Court).”

In the Dominican Republic, 70 solidarity committees showed their support for the Bolivarian Revolution, socialism, and the cause of Latin American and Caribbean integration. The groups also expressed their hopes that the democratic process helps contribute to a lasting peace in the fraternal Caribbean nation and ensures that the European Union, United States and Organization of American States halt their attempts to intervene in Venezuela’s internal affairs or impede its right to self-determination.

Social movements across Mexico and Central America likewise expressed their emphatic solidarity with Venezuela’s fight to ensure its sovereignty and ensure the safeguarding of democratic order in the country. About 300 delegates from El Salvador, Guatemala, Honduras, Nicaragua, Colombia, Panama, Mexico, Cuba and Costa Rica signed a statement declaring their support for the democratically-elected government of Venezuelan President Nicolas Maduro. The statement welcomed the National Constituent Assembly which the delegates specified is being held amid widespread aggression mounted by various media, political and economic actors hostile to the Bolivarian process. 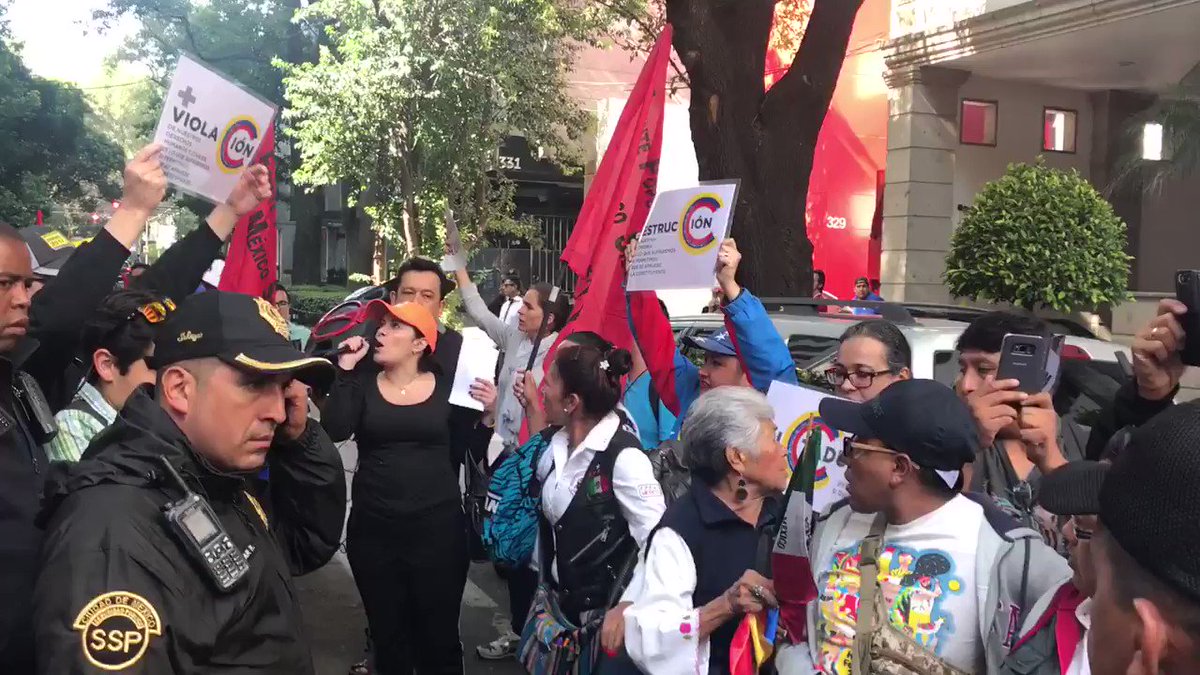 “At this time we rally at the Venezuelan Embassy in Mexico, expressing our support for the Constituent Assembly.”

The statement also denounced the arbitrary unilateral sanctions imposed on Caracas by the United States, as well as OAS actions meant to intervene in the internal affairs of the nation in order to ultimately overthrow Bolivarian institutions and roll back the gains of the revolutionary government founded by late Venezuelan leader Hugo Chavez.

The president of the Cuban Institute of Friendship with the Peoples, Fernando Gonzalez emphasized the militant commitment of Cuba to stand alongside the government of Venezuela, which is resisting what he called attacks committed by imperialism and the local oligarchy.

Demonstrations were held Sunday at the Venezuelan embassies in Chile and Mexico, respectively, where local social movements and Venezuelan emigrants alike showed their support for the Constituent Assembly. Similar actions were held in London, Malmo, Sweden and other cities in Europe.

Trade unionists from the Maritime Union of Australia and the Construction Forestry Mining and Energy Union took part in a Sydney rally in solidarity with Venezuela’s Bolivarian revolution on July 29. 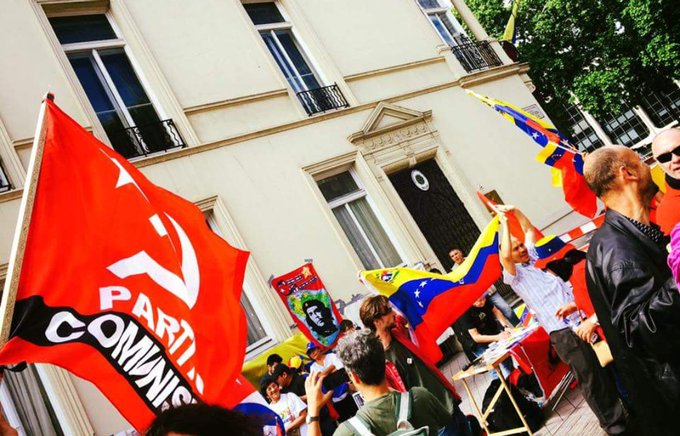 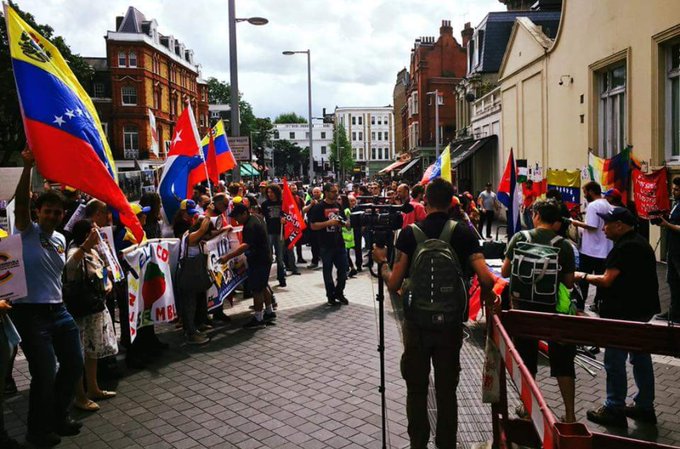 Mobilising to defend the Venezuelan Embassy in London – solidarity with the Bolivarian Revolution! https://www.facebook.com/events/1987112644906642/?ti=cl …

Ecuador’s Foreign Minister Maria Fernanda Espinosa, speaking to local TV station Teleamazonas, reiterating the Andean nation’s opposition to Washington’s sanctions and “prescriptive attitudes that dictate what a country should or should not do.”

The country’s ruling Alianza PAIS party held a forum Thursday in Quito analyzing the current situation in Venezuela and its potential repercussions for peace and security throughout the continent. The left-wing party came to power through the “Citizen’s Revolution” led by former President Rafael Correa, and broad sections among its militants and leaders continue to be inspired by the legacy of Chavez.

RELATED:
Which Way Out of the Venezuelan Crisis?

Among the United States’ traditional junior partners in Latin America, reactions to the elections were predictably negative. Colombian President Juan Manuel Santos has promised to not recognize Sunday’s vote, while Mexico’s unpopular PRI government under President Enrique Peña Nieto and Panama’s government have both stated that they would collaborate with U.S. President Donald Trump’s sanctions.

Maduro’s approval ratings remain higher than those of the leaders of Colombia and Mexico, whose people are forced to cope with endemic violence, poverty and lawlessness.

Russia’s Ministry of Foreign Affairs issued a statement of Maduro’s continued appeals to opposition forces to engage in dialogue and to abandon violence.

“We expect that the elections will be free of provocations, will fully comply with Venezuelan law and will contribute to stabilizing the domestic political situation,” the statement noted. Russia has consistently opposed attempts to render the country ungovernable through “the efforts taken by some external forces to apply color revolution scenarios and formulas in Venezuela,” a reference to Washington’s support for the right-wing MUD opposition. 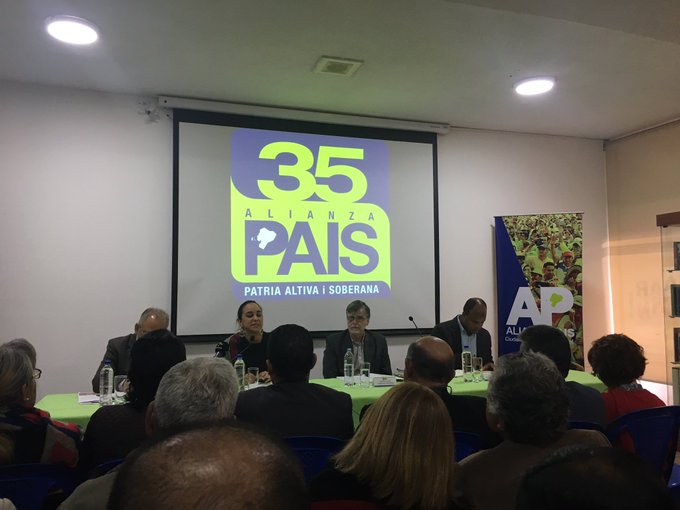 “We must support #Vzla and its constituent process because it means supporting Peace in the region.”

The United States announced sanctions against Venezuela this past Wednesday amid a week-long spree of unilateral economic measures imposed against so-called “U.S. adversaries” Russia, the Democratic People’s Republic of Korea, Iran, and Nicaragua, the latter of whom Washington branded “authoritarian” despite the highly popular ratings of democratically-elected President Daniel Ortega.

In response to the sanctions, Caracas reiterated its refusal to surrender to the economic warfare being waged against the Venezuelan people saying it will continue to advance on a path of increased production, food sovereignty and an end to oil dependency alongside strategic partners such as India, China and Russia as well as fraternal regional nations.