A number of diverse protests sprung up against the illegal Israeli occupation of Palestine.

A string of protests took place in the cities of Jerusalem and Tel Aviv on the 50-year anniversary of the illegal Israeli occupation, with crowds that drew thousands.

Jerusalem saw thousands march to the Jaffa Gate entrance to the Old City, in opposition to the ongoing occupation.

Touma-Suleiman, a member of the joint Arab-Jewish Hadash faction in the Joint List, addressed the crowd to say, “All who believe in the need to deliver both peoples from the occupation must come together in its 50th year and apply real pressure to put an end to the right-wing government, to stop creeping annexation and the strengthening of an apartheid regime.” 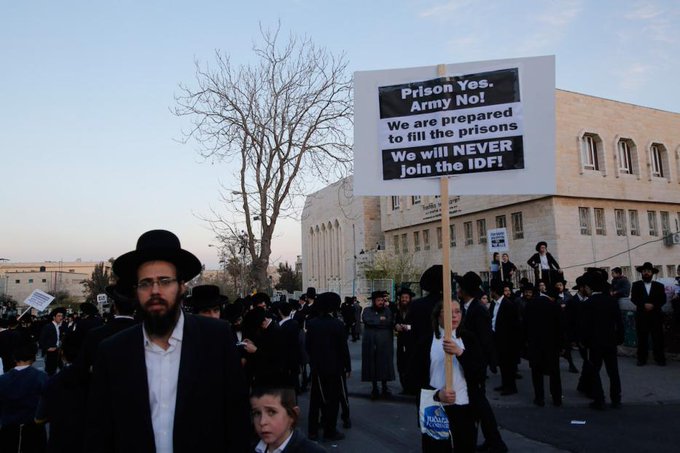 “Together, Jews and Arabs, Israelis and Palestinians, we can overcome the occupation,” she added.

Meanwhile, in Tel Aviv, hundreds protested against Israeli Prime Minister Benjamin Netanyahu’s decision to shut down the new Israeli public broadcasting agency’s news division, with many of the protestors employees of the organization. Demonstrators compared Netanyahu to Turkish President Recep Tayyip Erdogan before they were eventually removed by riot police. In Jerusalem, yet more protests called for the release of Avera Mengistu, an Ethiopian Israeli who has been detained by Israeli authorities since September 2014. More protests in the Holy City also called for protections for the disabled.

Ilan Mengistu, Avera’s brother, told the crowd of demonstrators, “The festival of freedom (Passover) is in just over two weeks, and for our family it’ll be another Passover without Avera. Throughout this period the government has given the appearance of being concerned about him, but it’s now clear that it was all a lie; there is no information whatsoever on my brother’s condition.”

“The government has taken no action. With God’s help we will do all we can in order to bring him home,” he added.